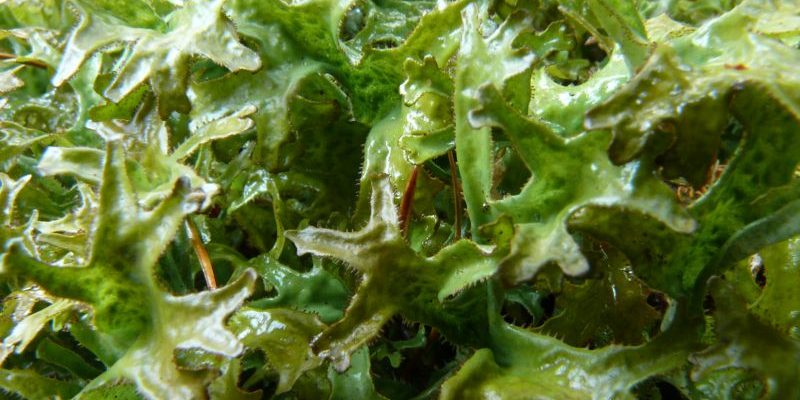 The lichen of the species Cetraria Islandica, is a characteristic species of the lava expanses in Iceland, is a very rich source of vitamin D3.

Lichens are very particular vegetables in which the thallus consists of the association of a fungus (micobionte) and of an alga (fotobionte), between which a collaboration relationship called symbiosis is established.

This means that the two organisms live and grow together and that the life of one is closely linked and connected to that of the other, with a mutual advantage.

Icelandic Cetraria is a species of lichen typical of mountainous areas. It has a leafy thallus with lobes, up to 10-15 cm tall, with cartilaginous consistency, light olive-green in the upper part, greyish-white in the lower part.

The Icelandic Lichen grows adherent to the ground, more rarely on the bark, in the humid and mountainous boreal cold regions of Europe and America, even in Italy up to the central Apennines, and not only in Iceland as the name suggests, derived probably due to the fact that in Iceland, Cetraria is widespread on lava fields.

In the Nordic countries it is used as food: it is collected when it rains or at night, then it is macerated in water for 24 hours, in order to eliminate bitter substances; finally it dries and is ground, thus obtaining a flour.

This site uses cookies. By continuing to browse the site, you are agreeing to our use of cookies.OkRead more